It’s Dan’s birthday tomorrow, so we’ve had a good Friday in the office with presents and cake. We hope he has a great day tomorrow and the rain holds off for his bbq!

This week for the blog, we are going to look at average salaries for the UK in a number of areas such as gender, number of years experience, city, and industry. It will be interesting to see how the salaries vary depending on different aspects. 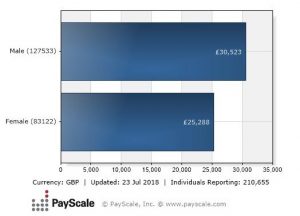 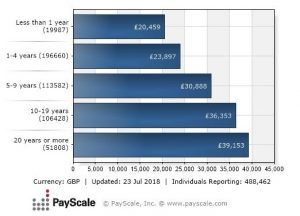 The next graph is showing the average salary by industry. From the graph you can see that the finance sector is the highest, followed by IT Services and Software Development. IT has taken over possibly everything you can think of in today’s world and IT jobs are very high in demand and as they can be very niche and/or complicated they pay a high amount of money. Although the majority of the other industries are not that far behind, it shows that the IT industry is a good place to be. 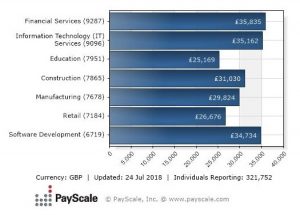 The last graph we will be looking at is the average UK salary by city. There is not that much of a big difference comparing the majority of cities mentioned in the graph below, the only one that really stands out is London. This isn’t much of a surprise as London is known for paying a higher wage than other cities. Manchester, Bristol, Glasgow, Birmingham, and Edinburgh’s average salaries are very similar with not much of a difference, although Cambridge is in-between London and the other cities. 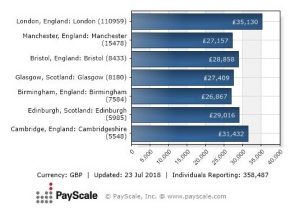 Looking through all of the graphs above, there are a number of reasons why salaries can vary, such as number of years experience, the sector you work in, and the location that you work. It is interesting to see how each aspect can make a difference.